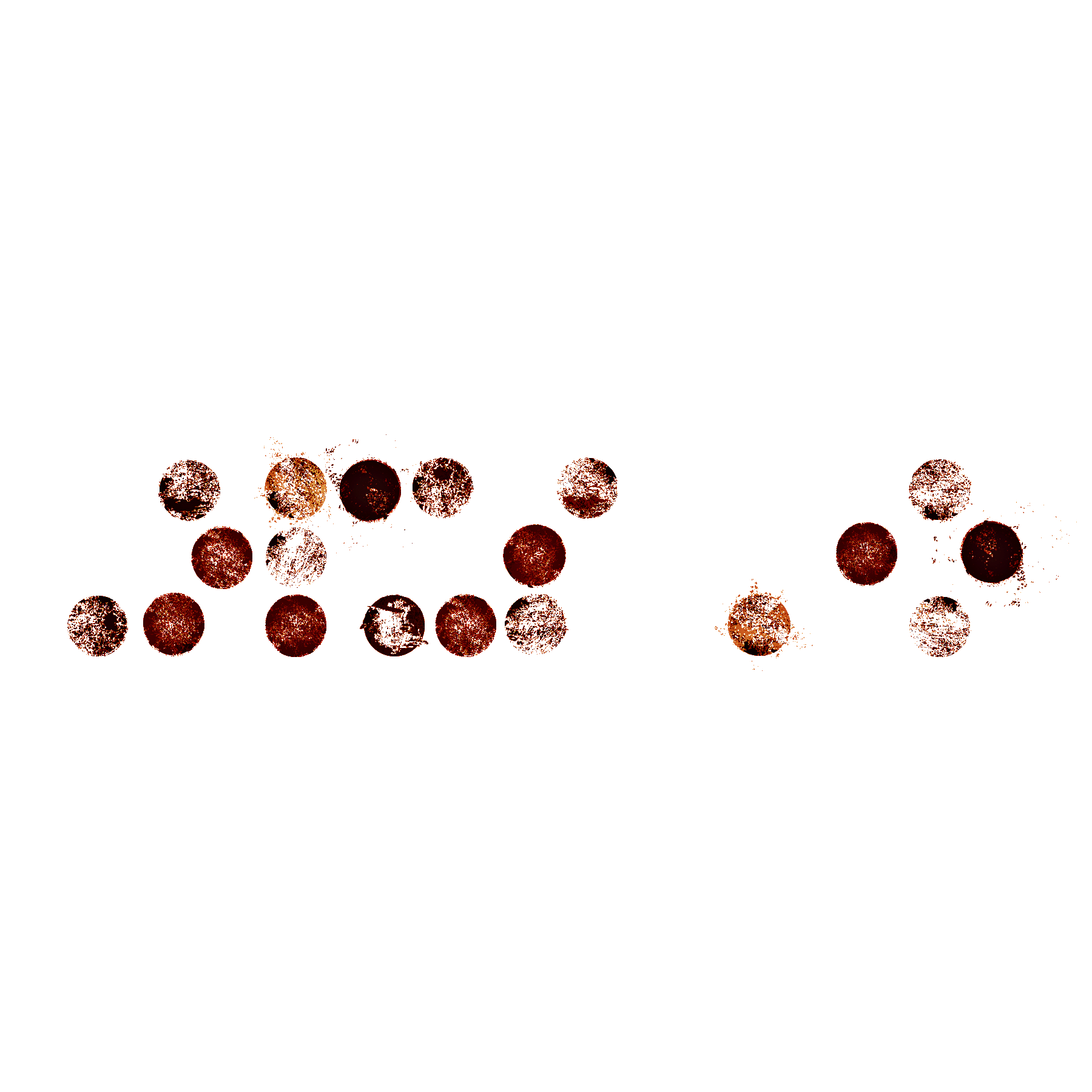 Stories Without Images is a fully electronically composed album (opus) of music which - through the synthesis of electronic sounds and the application of sound effects as instruments - aims to capture an underlying darkness in humanity as a result of societal conditioning.

Each piece in the album is based on its own powerful childhood memory of mine, which I relived before writing each work.

The album is primarily designed to create vivid inner-visual experiences for the listener which reconnects them with a personal memory.

It is best experienced eyes closed and isolated. The album is not in any one specific style or form structure, but rather a combination thereof which are most relevant to each work.

The underlying unifying element is thus one of symbolism and impressionism, which is indirectly reflected in the musical devices employed in each piece.

Hopping Stones was inspired by a location which I used to frequent as a child with my father and uncle; an old abandoned shooting range in Vredehoek in an enclosure in the mountain.

The ambient piece was conceptualized when I revisited the location in early 2018. This location was an inseparable part of my childhood, and yet I had forgotten that it existed until my father mentioned it in passing.

Upon recalling the location I insisted that we all attend it together like old times.

While visiting the range I felt an extraordinary sense of mindfulness and a deep connection with nature and the universe that I hadn’t experienced in years; it was as if I was travelling through a memory and was once again my younger Self.

Upon arriving home I felt compelled to write about my experience immediately: Thus, the framework for the piece and the album was set.

Moment by the Ocean · Film Music

Shortly after writing Hopping Stones, I was eager to find inspiration for the next work.

One Sunday afternoon, my family invited me to join them to the Olympia Cafe in Kalk Bay. I immediately felt impelled to accompany them; as this location was significant to my childhood.

We parked at the Casa Labia and walked over to the cafe along the beachfront. I hadn't been to the Olympia in many years and it had changed quite a bit since my last visit. I sadly found no inspiration there.

On the walk back with my father, however; I stopped to look out over the ocean and it was this moment which inspired the piece. As I gazed out as far as I could, imagining the ocean's greatest depths, I felt a profound sense of the power and vastness of nature; but also a deep sense of sadness as I came to terms with the reality that one day my father would no longer be there with me.

While unpacking a cupboard in my old bedroom, I came across a toy train set which was very dear to me as a young boy. The act of playing with this train as a child was as real an experience for me as being on a legitimate train, due to the evocative and unmarked imagination I had when younger.

Before writing the piece, I set up the train and played with it just like I did once upon a time.I recorded that very moment: Unpacking, setting up and playing with the train set.

The piece utilizes this recording as part of its sound material. The opening impact of the work is a recording I made while dropping the full train set’s box on the floor; however I edited the sound beyond recognition in order to make it appear almost like the rotating wheels of a train in slow motion.

This act of turning regular sounds into trains, and turning trains into instruments was explored multiple times in the piece.

Additionally, Toy Train symbolizes the revisiting of lost pieces of my Self during the writing process of the album.

In contrast to the rest of the pieces on my electronic album 'Stories Without Images', Djarum Black explores the philosophical ego state.

I became a club DJ at age fourteen, after developing a strong interest in electronic dance music. This naturally led to many evenings spent in nightclubs in my early and late teen years. Needless to say, cigarettes, alcohol and loud dance music went hand in hand with this interest and profession.

Before writing Djarum Black, even having quit smoking for two years, I bought and smoked a pack of these clove cigarettes in order to inspire the piece.

I imagined the act of smoking itself as the gateway into the memory, and thus the best way to begin the work. With each inhale I felt transported back in time, reminiscing the many nights I spent in various venues all over Cape Town.

Djarum Black is an amalgamation of the symbolic ego-act of smoking and the signature dance music style which was heard in night clubs around Cape Town in the early millennium.

Around the time I was writing Djarum Black, my mother approached me and handed me a small blue box. Inside was my Tiffany & Co rattle from when I was a baby.

Although I had absolutely no recollection of playing with it, I felt an incredibly nostalgic warmth and comfort upon hearing its subtle ring.

I imagined the sound being altered in every conceivable way in order to turn it into an accompanying instrument in a piece of music; however I had wanted to explore counterpoint in the album up to this point.

I decided that a lullaby using the rattle as part of its sound material was the perfect way to do this. I then imagined the Lullaby inducing a dream state, which I explored in the second movement, Reverie.

Both movements use the rattle as material, along with various sound effects and electronically generated synths. Lullaby explores the percussive nature of the rattle, while Reverie uses it more as a melodic and atmospheric device.

When I was roughly seven years old I was gifted Final Fantasy IV and V for Playstation.

These were the first games of their kind that I experienced. I would become lost in the magnificent worlds Square Enix created and Nobuo Uematsu’s soundtracks became unforgettable anthems of my childhood.

In retrospect, those games were simple two dimensional block patterns on a screen, and the music was all MIDI; but in my own mind it was all very much real.

I wrote the seventh piece on my album in the style of Nobuo Uematsu’s compositions from the early game series, even quoting two of his original themes, namely his Red Wings theme and the Victory Fanfare.

I wanted to juxtapose the block-like MIDI writing of the original games’ music with a full-on re-production of Nobuo Uematsu’s key writing style, describing what it was that I actually experienced when playing these games as a boy.

Annually, my family gathers in Paternoster; a small fishing village in the Western Cape.

My grandparents owned a cottage there, which we would stay in each time we visited.

In the cottage were hanging, rotating ceiling fans which always caught my eye growing up, as did their chain switches.

Additionally, the Paternoster foghorn was absolutely iconic. I remember hearing it on countless occasions growing up, especially when lying in bed late at night.

Upon visiting the cottage recently, I was lying in my bed facing the ceiling. No doubt, the foghorn sounded.

I was acutely aware of the directionality of the sound at the time. The sound of the horn came from my right, while the ceiling fan rotated above me.

When I turned over however, the foghorn was seemingly in front of me while the ceiling fan was on my left. It was in this moment that I conceptualized the work.

I knew long before writing the final piece on the album that it would be inspired by a visit to a most precious childhood location; Montebello - a block of flats in Newlands where I used to reside as a young boy.

My grandfather would walk me down to the lawn, which was overlooked by an old oak tree.

I used to spend hours collecting acorns on the field, becoming lost in absolute mindfulness.

While contemplating my visit back there, I imagined acorns falling to the ground from the tree; each one producing a musical tone as it hit the ground.

When I returned to Montebello before writing the work, it was as if time stood still some ten years since I had last been there. It was perfectly preserved.

I explored the grounds and eventually made my way to the lawn where, as I did many years ago, I sat on the grass in front of the tree. I closed my eyes and listened, and thus the full piece was inspired.