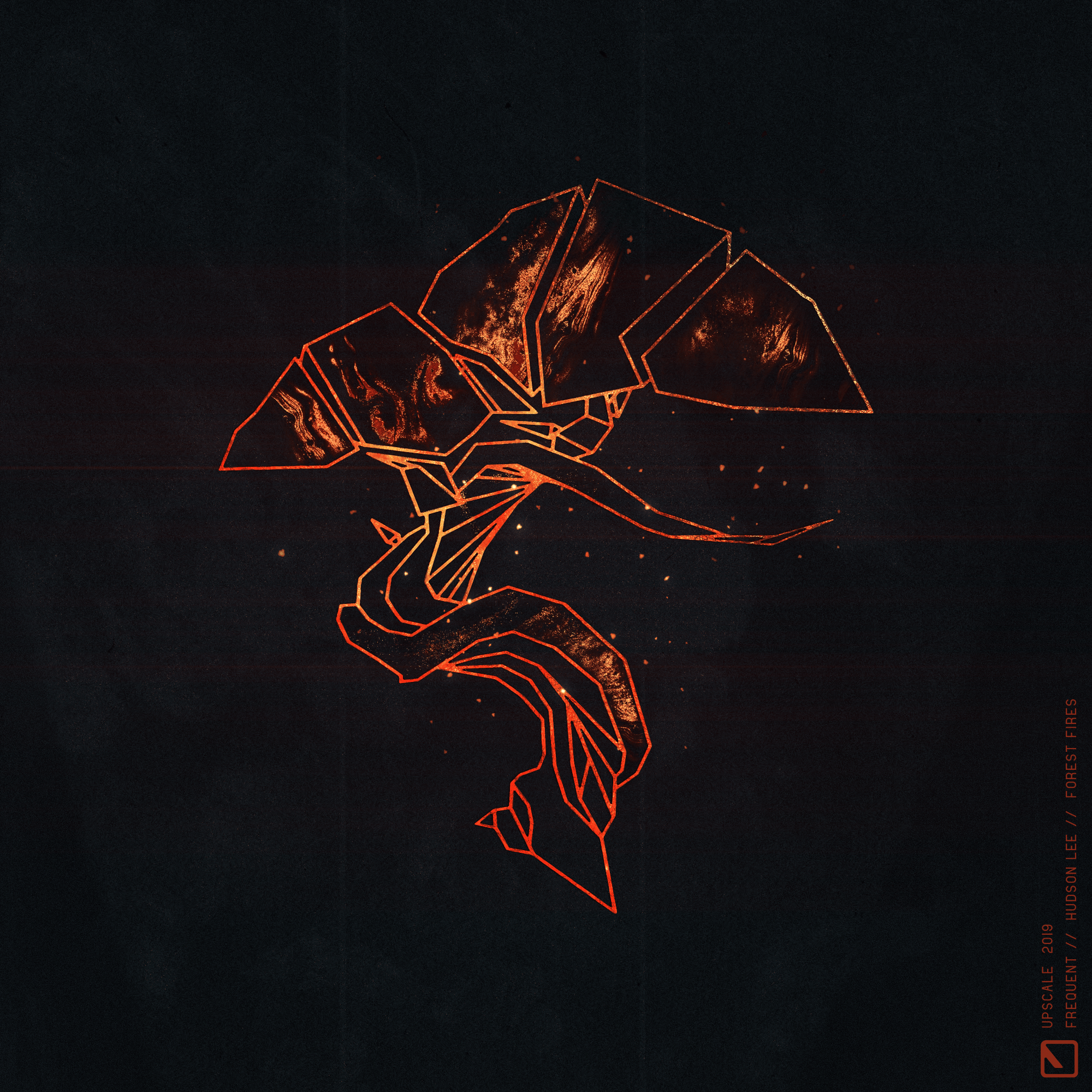 Its sound world juxtaposes strong and belligerent textures with serene atmospheres & beautiful melodies in order to weave its narrative.

The piece makes excellent use of saturation & distortion. The result is a plethora of synth sounds which are both improved versions of familiar textures, as well as new and interesting ones.

This is a piece which clearly isn't a one-sided collaboration.

If you've heard Frequent's Dream Recall LP, as well as Hudson Lee's Headspaces LP, you'll easily be able to latch onto the traits of each producer.

Hudson's command of meaningful themes & beautiful atmospheres, alongside Nolan's command of sound design, variance, precision & detail is a force to be reckoned with.

The piece juxtaposes this distorted sound world with a more calm and serene one - a world which consists of ambient landscapes & beautiful piano figures.

Listen closely and you'll soon find yourself hearing more subtle sound effects in the background, such as the warm crackling of fire, or birds chirping.

But this is not all: typical of Frequent's style, you can expect to hear all sorts of subtle and small figures and motifs which seamlessly weave into the overall picture. These smaller synths & samples act as an ornamentation of the primary pillars of the work.

Although Forest Fires follows the same form structure as most electronic dance music, it does not aim to conform to any specific style thereof compositionally, hence its dedication as electronica.

An interesting feature of the piece is that it contains a second breakdown after each standard breakdown, which gives way to the buildup to each climax.

It is an excellent example of the diversity of electronic music, and a model of creative expression.

The piece breaks down after its first more up-beat section into a surreal minimalism of atmospheric synths, subtle landscapes & piano figurations.

This reflective and nostalgic section is followed by a buildup, which twists and turns with atmospheric granular synthesis &  gorgeous, rigid, distorted & saturated synths.

The final secondary breakdown is brief & quickly builds into the second climax with the introduction & means of a powerful & saturated melodic lead.

The second climax sees the introduction of new percussions, as well as more beautiful granular & atmospheric textures to accompany the already full & flourished spectrum of sounds.

This is a piece that you can listen to a few dozen times and still take something new away from it each time.

"'Forest Fires' was a track I had initially written as a part of a score for my sister's aerial gymnastics troupe, in which she would swing in front of visuals of a forest fire on red ribbons. Nolan (Frequent) was interested in the unique direction I was headed in and I asked him if he wanted to expand on the idea. We slaved away at the track for a bit, talking over the internet with screen and audio share. Later when I went to Denver to go work on music with Nolan later in the year, we worked several sessions on the track, in the moments where we weren't working on our collaborative record. I'm really proud of the track while I think it represents a new era with some of the most unique music we've ever made." - Hudson Lee