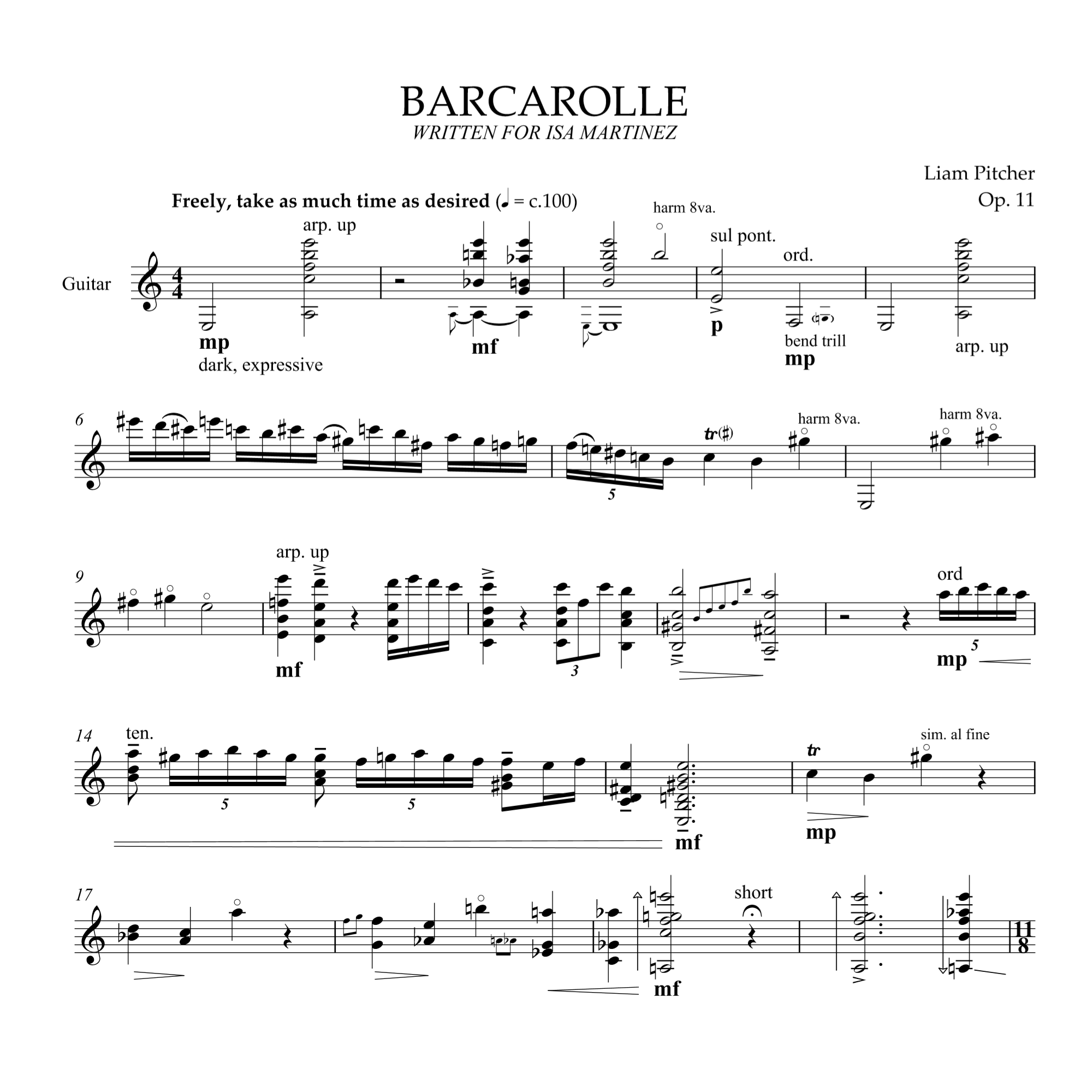 Billed Per Minute of Music

Composed for the South African premiere of the international play Terror: Your Verdict. This drama involved the court trial of a fighter pilot who chose to take the lives of 164 people in order to save the lives of 70 000. At the end of each performance, the audience would vote guilty or not guilty - hence the title. More than 450 000 people have voted worldwide.

Moment by the Ocean

My piece titled 'Moment by the Ocean' is a diverse exploration of the fusion of film music with experimental electronic music, as well as the integration of sound design as an instrumental accompaniment.

'Lustreless' is an expressive improvisation for solo synth, which displays a diverse array of moods.

These three short piano works are all expressively diverse, and highlight a different side of my compositional style.

Thank you! Your submission has been received!
Oops! Something went wrong while submitting the form.