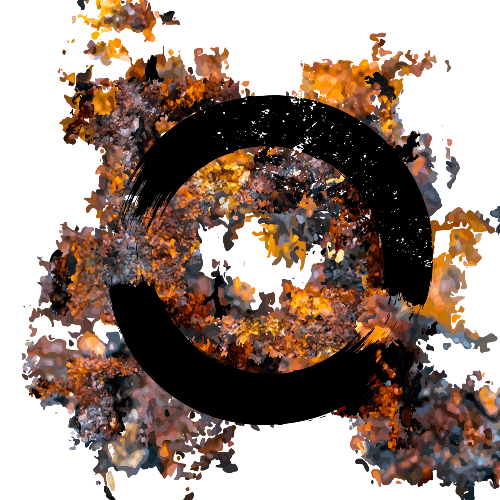 This is the fourth album of original piano music in a series of ten albums of piano improvisations which I recorded periodically and spontaneously throughout 2019, at Cape Town Sound Studios.

The naming scheme of this particular album utilizes some of the most highly searched precious metals on the internet.

This fourth volume of improvisations contains my second improvised suite,  in 4 movements.

The pieces in volume four are largely atonal or highly chromatic.

'Platinum'  begins as a tranquil nocturne, with an ostinato rhythmic pattern.

This pattern is varied and altered throughout the piece, with the occasional insertion.

The harmonic inflections & modulations are both tonal and chromatic throughout the work, albeit brief - the piece primarily remains in its initial tonal center.

The piece climaxes near its conclusion in a terrifying and highly dissonant expansion of the original figure, thereafter returning to its initial tranquil state, giving way to the second movement.

'Gold' begins with a variation of the opening figure from the first movement, 'Platinum'. It quickly evolves into something different.

Although it does not grow to be as agitated as the previous movement, it is full of micro-rhythmic and chromatic insertions in-between the return of the original figure and variations of it.

It too climaxes near its conclusion before returning to the introductory figure, giving way to the third movement.

Motifs and patters from the first movement occur throughout.

'Silver' is the third nocturne in this suite of improvised nocturnes.

The piece begins similarly to the first two movements, although slower and in a higher register.

Its dreamy, chromatic and symmetrical harmonies create the sense of being lulled into a deep slumber.

The occasional chromatic insertions return once more, alluding to the previous two movements.

The piece, similarly to the first two movements, also climaxes near its end.

This climax contains the most micro-rhythmic patterns out of the entire four movement suite, and is highly dissonant.

The piece gradually calms down towards its end, giving way to the final movement.

'Copper' is the final nocturne in the suite.

This piece has a consistent on-beat chordal accompaniment to a largely micro-rhythmic, chromatic & bitonal melodic line, which continues throughout the entire piece.

This long, meditative work is centered around this endless melody, and its suggestion of a dream state.

'Steel' is a Scherzo which utilizes pandiatonic movement around the Lydian mode in a consistent rhythmically displaced pattern.

It occasionally inflects into parallel modes and scales, and deviates from the consistent rhythmic ostinato.

'Iron'  explores the dark and colourful world of symmetrical scales and chordal inversions.

The piece ultimately makes use of a simple rhythmic motif, which is obscurely developed within this harmonic environment - often tripping over itself, before climaxing into an horrific carnival-like section.

'Aluminium' is a pensive, slow, ambient piano improvisation which floats through a largely pan-tonal sound world.

The piece utilizes many motifs, including quotations from previous works such as 'Steel'.

'Titanium' is a multiverse of stylistic moods, contrasting staccatissimo sections with more legato / peddled ones.

It achieves its scherzo-like nature through this means of contrast.

This contrast includes a variety of diverse, yet fluent motifs. The harmonic language is largely atonal.

'Palladium', similarly to 'Titanium', consists of highly contrasted sections in terms of colour and touch.

The contrast between staccato & legato, as well as between light & dramatic facilitates an exciting and playful nature in the work.

'Iridium' is the final piece on my fourth volume of improvisations for solo piano.

It is the third consecutive scherzo in the album. It begins with a 'tick, tock' motif, which eventually evolves into an expansive and rhythmical staccato melody, which gradually becomes more obscure in terms of meter before returning to a brief return of the original motif, now higher.

The motif gives way to another melody, even more obscure than the last.

This results in a combination of the original motif with the melody, before continuing in alternation, still rhythmically displaced.

This continues for most of the work until the piece briefly climaxes, returns to the original idea with embellishment, and cadences onto a major-minor chord.