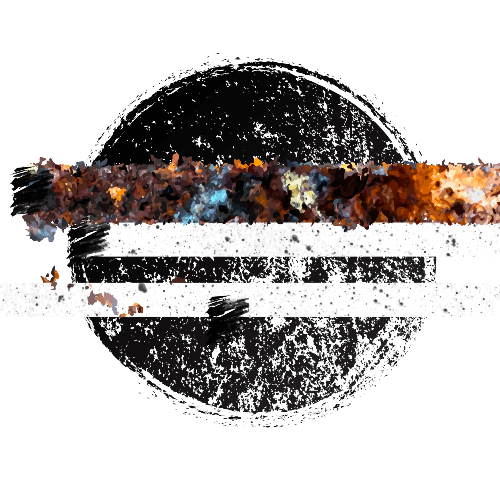 This is the fifth album of original piano music in a series of ten albums of piano improvisations which I recorded periodically and spontaneously throughout 2019, at Cape Town Sound Studios.

The naming scheme of this particular album utilizes some of the most highly searched single word keywords on the internet.

'Amazon' is the featured single out of the entire set of 100 improvisations.

Out of the full set, it is likely the most similar to a pre-written composition, in that its form is almost instantly recognisable upon first listening.

It is a tango which uses rich, dissonant, chromatic, romantic harmonies in order to paint its narrative.

Its main features include full chords in the right hand, with a wide accompaniment figure in a habanera rhythm in the left hand.

Contrasting its appassionata timbre, there are more delicate moments with light and dreamy scalar runs, and beautiful, somber melodies.

As in most of my improvisations, there are micro-rhythmic segments which feature quite prominently.

'Outlook' is in many ways a follow-up to 'Amazon'.

It begins with a dramatic introductory bar, which acts as an upbeat to the tango.

The piece's rhythm and harmony very quickly breaks down into an almost unrecognisable micro-rhythmic pattern, however the underlying phrasing remains consistent.

The habanera / tango rhythm in Outlook is hidden between the hands in most instances.

Although the tonal centre remains constant for the whole work, the chromatic inflections can become quite starkly contrasted to it.

'Timer' is an oriental piano fantasy which primarily remains on the black keys for the majority of its duration.

As well as this, there are elements of Indonesian gamelan music - particularly in the middle section, which moves away from the black keys and adds additional white notes in order to engage the more interesting harmonic texture of gamelan music.

'Translate' is an improvised solo piano prelude which utilises an ostinato melodic rhythm as its basis.

The melody continues throughout the work without ceasing, meandering between parallel keys, and inflecting both tonally, chromatically and modally.

This theme is accompanied by rising, light arpeggio figures, which act as grace notes onto the melody notes.

Near the end of the work, the theme moves from the top register to the bottom, and the grace notes in turn descend down towards them.

After this, the theme returns to the top, accompanied by a new bass line which is formed at the bottom of each arpeggio.

The piece ends with a series of arpeggios and chordal passages.

'You' is a piano Gymnopédie inspired by the music of Satie, who invented the style.

Unlike most modern classical works which tend to avoid simplicity, repetition and melody, this piece aims to make full use of all three.

Beautiful themes and expressive figures in the right hand are accompanied by simple bass-chord accompaniment figures, typical of the Gymnopédie style.

The piece is much longer and more complex than pieces of this type, which tend to rely heavily on simplicity, and are almost minimal in nature.

The piece is largely in F natural minor; however, modulates to the parallel major frequently.

Unlike the Satie works, which tend to be quite sparse in nature, utilising the resonance of a low bass note followed by an accompanying chord - 'You' has sections which remain very high in register, creating ethereal textures.

One such section is the end of the work.

'Discord' is an improvised piano intermezzo in the dorian mode on D.

It begins with a rising and falling ostinato pattern which remains for the first section.

The third section sees a return of the original pattern, although this time in a reduced form.

Rising expressive arpeggios and chords soar above the now accompanying pattern from the introduction.

Chromatic tones are occasionally introduced, darkening the texture of the work.

The fourth section is a brief interlude which is more reflective, and once again free in rhythm.

It resembles an aphorism.

It sharpens in its conclusion back into the original rhythmic pattern, with embellishment, before returning finally to the original theme, with chromatic darkening, and eventually completely modal harmonies, as the introduction began.

'Target' begins with a lightly fluttering figure, giving way to the ostinato rhythmic pattern which governs most of the piece.

This ostinato sees constant subtle variation in rhythm and harmony, while the bass line follows it, mostly, but not always in similar motion.

As the piece progresses, the bass and higher register begin to introduce new counter-melodies, and the chords of the main rhythm thicken, with rolling arpeggios occasionally introduced.

The theme at the top gradually thickens, becoming both intervallic and chordal, fluttering in clusters, both ascending, vibrating and descending.

This never disturbs the unified ethereal and calm nature of the work. Phrasing is blurred, giving no obvious sense of beginning or end.

Near the end of the middle section of the work, the ostinato rhythm breaks down for the first time, revealing an interlude of beautiful, modal unified chords.

This impressionistic moment is brief, and soon returns to the original idea in variation, with additional notes in the bass, and a theme in the middle register for the first time, as well as increased momentum and embellishments in the higher register.

'Twitter' is a calm, serene and relaxing work for solo piano which incorporates free contrapuntal textures in alternation with more homophonic ones.

The piece is primarily in the dorian mode on D. Its multitude of motivic ideas is typical of my aphorisms.

Sections of different meter blend into one another seamlessly, and there is no audible beginning or end of each melody or figure.

The piece is impressionistic in nature as a result, incorporating rhythmically free elements among more clear-cut patterns.

'Chase' is the most mellow improvisation of the fifth volume. It contains very slow and meditative melodic figures, mostly harmonised in perfect fourths and fifths.

These themes have no clear phrasing, and often move for long periods of time, extending apparent phrases in length.

The result is that the piece has no clear tonal centre, as each new melody tends to either sharpen or flatten the general tonality.

Due to its consistently perfect harmonisation, the piece tends to resemble medieval vocal music, however such a piece would not be singable due to its wide range and constant tonal repositioning.

Blurring of the pedal often creates rich and ambient textures as perfect fifths combine into double wholetone scales and other chromatic compounds.

'Pandora' is both the longest and most violent improvisation out of all 100.

Its violent nature is hidden by its opening section, which makes use of quartal and quintal harmony in order to paint a surreal harmonic picture.

This eventually gives way to a repeated chordal accompaniment, which is in the centre of right hand figures which cross over, above and below it.

This march-like pattern continues, for some time, gradually becoming more elaborate, and occasionally less clear in its meter.

It gives way to the following section, which is much more ambient in texture, almost disappearing into nothing before returning to a similar figure of open 5ths to the introduction, and then fading again into near-nothingness.

Empty sections of semi-contrapuntal themes are blurred by the pedal. The first half of the piece ends in silence, an almost suggested end to the work.

This is followed by a brief return to the original figure, before giving way to the second march-like accompaniment pattern, this time in the bass.

This acts as the buildup to the first nightmarish climax of the work, which is an extremely loud and aggressive march.

The march ends with a small codetta, which is highly chromatic, and relatively free in rhythm.

It is concluded by a return to the opening figure once more, but this time less quintal in harmony.

The serene nature of the piece is quickly interrupted by a build into the second climax, which is less driving, and more expressive, containing slower phrases, and a slower rhythmic pattern.

The climax diffuses into a calm outro, which ends in a variant of the opening figure.