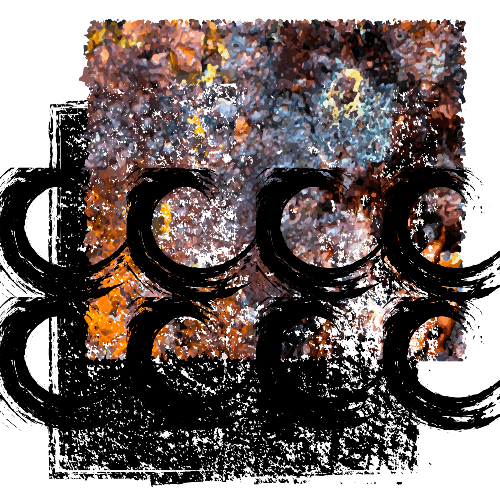 This is the seventh album of original piano music in a series of ten albums of piano improvisations which I recorded periodically and spontaneously throughout 2019, at Cape Town Sound Studios.

The naming scheme of this particular album utilizes some of the most highly searched classical elements on the internet.

'Water' is a simple piano prelude which makes use of a recurring motif.

It has a rather 'submerged' texture, which is ironic given it was named without listening, like all of the improvisations in the set.

The piece overlaps the main motif in different registers.

The piece quite freely modulates and never establishes a clear tonal center for more than a few bars.

Frequent smudging of the pedal enhances its submerged texture.

'Wind' is a neo-romantic romance in the style of the music of Chopin & Liszt.

It uses figures typical to the romantic period such as melodic octaves and chromatic passing tones onto expressive tonal compounds.

Features include tonal quartal harmony, and a 'three hand illusion' in the middle section.

It climaxes in a chordal thickening of the main theme before reducing to a calmer repetition of it, thus concluding the work.

Its use of the mode on the fifth degree of B flat minor (my most comfortable improvisatory key) gives it its gypsy-like / eastern timbre.

It consists of large phrases, most of which consist of gradually descending chords as described above, or a chordal accompaniment to a melody in the bass.

It it is one of the more technically proficient pieces in the set of 100, and one of the pieces which most resemble a written composition.

The piece climaxes in the key of B flat minor before ending in the parallel major on B flat.

'Aether' is a peaceful lullaby which, for the most part, is a theme and accompaniment.

The accompaniment figure consists of three sixteenth notes, which modulate via the wholetone scale, creating gradually darker and brighter textures, respective to flattening or sharpening therein.

There is a brief interlude of rising and falling arpeggio figures before the final section.

This creates a sense of drifting off into slumber, by gradually flattening the figure by whole tones.

The ending of the piece breaks apart rhythmically, creating a final sense of drifting into slumber.

'Ice', ironically, has a very cold harmonic timbre (the piece was named without any relevance to its sound or intention).

It is both chromatic, modal, and quartal in harmony.

It is very much an impressionistic work, and is primarily sonically-focused.

The harmonic colour of the work remains fairly consistent, despite its contrasting moments rhythmically.

'Dark' is a free, pan-tonal improvisation for solo piano.

It has multiple consecutive sections, none of which contain referential elements, nor which repeat any motivic material from previous segments.

It is intended to be free, and almost momentary in its structure.

It is relatively passive, and contains no obvious climax. It is an amalgamation of ideas and motifs from previous improvisations in the set.

'Fire' utilizes an ostinato on-beat chordal pattern along with largely chromatic harmonic colours in order to create a slow and meditative contemplation through time.

In its middle section it breaks down rhythmically, expanding its range and becoming micro-rythmically ornamented and embellished by chordal and octave bass figures.

After the climax, the chords are rolled, which creates new and interesting sonic textures.

The section to follow breaks down even further, and explores the lower register of the piano before returning to the original idea, which concludes the piece.

'Magic' is a slower version of 'Earth', which also explores chromatic voice leading within chords.

It has an ABACA structure, each A section being interrupted by an interlude in the parallel major.

Each interlude is much lighter in texture, consisting mostly of two or three consecutive voices at a time.

The piece is largely tonal and chromatic, with little to no modal inflection or modulation.

The piece climaxes at its end with large, slow chords in both hands.

'Light' is a rhythmically free piano prelude which integrates chromaticism and modalism.

It has no definite tonal center, and pantonally migrates between basses.

It is ambient in timbre, and floats unknowingly around, without any clear phrasing or meter.

'Energy' is an improvised jazz prelude for solo piano in C blues.

It is a fusion of my classical improvisatory style with blues. It uses a standard I IV V I progression repeatedly throughout, with occasional variation.

It is progressive, and gradually becomes more expressively complex and chromatic as it progresses.

Near its end, I quoted one of my favourite themes from Gorillaz.