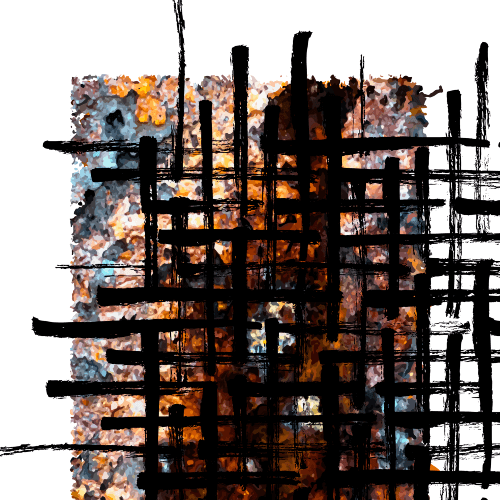 This is the sixth album of original piano music in a series of ten albums of piano improvisations which I recorded periodically and spontaneously throughout 2019, at Cape Town Sound Studios.

The naming scheme of this particular album utilizes some of the most highly searched elements on the internet.

'Oxygen' is a dark, expressive piano intermezzo centred around A minor.

It uses modal flattening as well as consecutive whole passing tones in order to achieve its nocturnal mood.

It contains rhythmic and harmonic elements reminiscent of my improvised barcarolles, nocturnes, and aphorisms alike.

Its climax around three minutes is a heartrending, chromatically expressive plea. Its combination of simultaneous chromatic and modal resolutions gives it a unique harmonic texture, similar to the palette of Gabriel Faure.

It begins and ends on the same harmonic compound.

'Carbon' is a long, dark prelude for solo piano which mostly utilises an ostinato melodic figure.

This figure is usually hexatonic, or octatonic, and the piece explores the many possible resolutions of these scales.

Almost every single iteration of this motif throughout the 11 minute work resolves onto a different tonal compound.

There are a few slightly contrasting sections in-between the largely consistent ideal of the opening.

Its harmonic language is highly chromatic, and contains both gradual sharpening and flattening, but in a more tonal way, rather than a modal one as per my usual palette (although modalism does occasionally feature).

Major minor textures are a prominent occurrence - as makes sense in the context of symmetrical scales such as the hexatonic.

'Hydrogen' makes use of free-rhythm and repeated chordal and tremolo figures in order to paint an abstract canvas of sound.

The focus is therefore on harmony and dynamics - as the rhythmic "repetition" of the work makes up its stable basis.

It contains no sections, and is one continuous exploration of this idea.

'Nitrogen' is an improvised piano aphorism in E flat.

It juxtaposes more rhythmically sound sections with freer ones.

It is primarily modal, but contains integrated chromaticism at times.

It contains both gradual brightening and darkening in colour through sharpening and flattening.

'Fluorine' is a gentle prelude. It begins with a consistent rhythm, which pan-diatonically meanders around an uncertain tonal centre.

It contains phrases which are more straightforward in terms of functionality, however the general phrasing is obscure, save one or two moments when there are more consistent accompanying figures to prominent melodic passages.

Once again, modalism and chromaticism meet in its harmonic language.

'Helium' is an abstract piano improvisation which relies heavily on sonic effects as opposed to melodies and audible standard accompanying figures.

These sonic effects include accelerating and de-accelerating trills, large arpeggios between the hands - both ascending and descending, and repeated notes; among others.

The abstract nature of the work is starkly juxtaposed with a completely rhythmical and slow section of descending arpeggios, which comprise its middle section.

After this section, it returns to a variant of A, giving it an overarching ternary form.

'Selenium' is a beautiful, romantic and expressive aphorism in D minor.

It very closely resembles my early aphorisms and improvisations, and I would say it is a reflection of my most relaxed and natural manner of improvising.

This piece was interestingly recorded quite early in the set; however I repositioned it to the sixth volume as it felt most relevant here.

Beautiful themes, expressive dissonance, and lots of rubato are some of the prominent features of this work, as well as a few signature motifs which recur throughout my improvisations.

It contains a brief interlude in C minor, the subtonic minor, near its end; however is primarily in D minor.

'Silicon' is an improvised piano prelude which is inspired by Liszt's seventh etude.

The main rhythmic motif resembles the motif from this etude. The piece is largely atonal, with a few tonal, and highly chromatic moments.

Its middle section becomes more free in rhythm and meter, retaining its harmonic language throughout.

The original theme returns with variation before the piece concludes with a brief development of the secondary theme, and an ostinato bass iteration which is typical of Liszt's music.

'Neon' is a mixture of various types of harmonic language, including modalism, tonality, chromaticism, quartal and quintal harmony.

It floats pan-tonally, never reaching a definite point of resolution.

There are moments which resemble familiar musical forms and rhythms.

Overall, the piece is quite varied in form, and largely abstracted. Micro-rhythm is a prominent feature.

'Chlorine' is an improvised nocturne which draws on similar motivic material to 'Oxygen', although differs in its harmonic choices, which are largely dark and chromatic, with less obvious modal parts.

It climaxes at the end of its middle section with a powerful theme and accompaniment which grows more chromatic with each new iteration, before diffusing into a more romantic and light tonal repeat, with chromaticism integrated less obviously.

Its large, moderately paced arpeggio figure, which spans the entire keyboard, is a prominent feature, as well as alternating double melody notes - from which the climax stems.