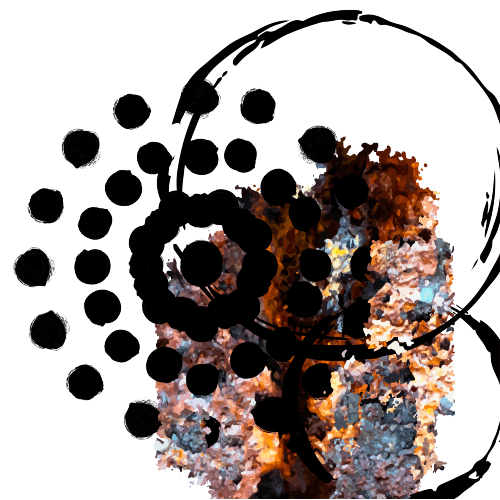 This is the eighth album of original piano music in a series of ten albums of piano improvisations which I recorded periodically and spontaneously throughout 2019, at Cape Town Sound Studios.

The naming scheme of this particular album utilizes some of the most highly searched astronomy-related terms on the internet.

'Galaxy' is a slow, meditative improvisation for solo piano which utilizes the same motif as 'Water' from the previous volume.

They were recorded consecutively; however I split them between volumes later on.

The piece primarily consists of pantonal overlapping of the main motif, with no clear phrasing or meter, save a few brief moments.

'Nebula' is a gnossienne for piano solo which consists primarily of a habanera rhythm accompaniment to a scalar motif which does not repeat at the octave.

This lack of stability allows for some very interesting and unexpected harmonic progressions, as is characteristic of the style.

About the Theme & Variations・Program Notes

'Constellation' is a theme and variations which mirrors the overtone scale on C between the hands.

The entire piece is mirrored on D natural, save a few breakaway moments.

The piece remains within the home key throughout, with variations in figuration, rather than in harmony.

'Eclipse' is an improvised intermezzo for solo piano, which begins as a dreamy modal aphorism, and drifts through several independent sections, tied together by its harmonic palette and the occasional referential element between sections.

It is a sonic exploration of both harmony and colour.

'Asteroid' is an improvised barcarolle which begins quite pensively, floating passively through several tonal and modal centers.

It climaxes just after its half-way point into a fierce and bold expansion of its primary pattern.

Thereafter it breaks down into pensive  micro-rhythmic melodic patterns over the accompanying figure, followed by the outro.

'Meteoroid is a meditation which explores broken triple octaves broken between the hands.

There are only a couple of locations in the composition where it breaks away from this pattern of four-note melodies, notably so in the final section.

'Comet' is an expressive, and emotionally charged aphorism which begins on the tonal and modal center D, before modulating to A.

The piece is free in structure, and themes overlap and morph into one another, typical of my aphorisms.

Sequences form one of the solid foundations of this work, both tonal and modal. Phrases are slow, and contain a lot of breath.

The piece forms contrasting moments and moods in its many sections and interludes, and figures. The degree of contrast varies at no consistent rate.

'Flare' is one of the most memorable works from the set, and is a sister piece to 'Comet'. It begins and remains in D minor for its duration.

It is both dramatic and joyous in timbre, and is a threading together of several tonal and modal motifs and sonic effects, which seamlessly transition into one another despite their varying meters and rhythms.

'Interstellar' is the fourth improvised aphorism from my third improvised suite.

It continues the narrative which plays out in the previous three aphorisms, containing referential elements from them, both in motivic material and harmonic colour changes.

Its atmosphere is largely gentle and contemplative, save a few standout phrase endings.

Homophonic and polyphonic moments are contrasted, with uneven phrasing, and a continuous flow between sections.

'Supernova' is undoubtedly one of the standout improvisations from the full set. It is a two-submovement attacca ballade which incorporates quartal harmony, modality and chromaticism integrated, as well as tonality in its harmonic palette.

It is full of expressive melodies and contemplations, with plenty of breath.

Tonal dissonance plays a large role in its expressive capabilities.

It is one of the most complex works out of all 100 improvisations. It is the fifth and final movement of my third improvised suite, and the only movement which is not an aphorism; although it contains referential elements to previous movements, and certain moments with are in the style of my aphorisms.