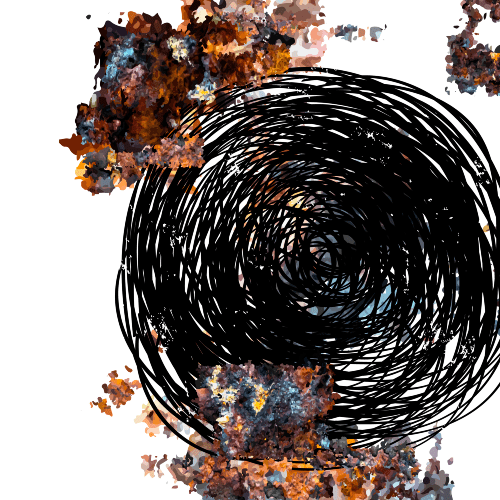 This is the first album of original music in a series of ten albums of piano improvisations which I recorded periodically and spontaneously throughout 2019, at Cape Town Sound Studios.

The naming scheme of this particular album utilizes some of the most highly searched colours on the internet.

Given my vivid synesthesia, I thought that naming the first volume according to random colours would be a suitable choice.

This solo piano piece was inspired by Bach's first prelude in C major.

I wanted to play something in a neo-baroque / classical idiom, with a simple and childlike nature.

The improvisation is a slow, lyrical prelude in C major.

'Black', a dark and expressive gnossienne, was a spontaneous improvisation with no particular inspiration outside of theoretical principles.

I suppose that technically one cannot escape an association of this style with Satie; however I did not have any of his work in mind when I created the piece.

'Grey' is an aphorism for solo piano which explores the dark qualities of the key of D double harmonic minor.

The double harmonic minor contains two augmented 2nd intervals - one between the supertonic and mediant, and one second between the submediant and leading note.

It additionally explores the parallel movement of dominant ninth chords, which shift around the tonal center.

This tango is also in D double harmonic minor, although it inflects more often into G minor than 'Grey'.

This is the first of two variant versions of the same piece which I improvised consecutively, 'Cyan' being the second take.

'Cyan' is the second version of 'Violet', also in the key of D double harmonic minor.

The idea was to use micro-rhythms in this variant, as well as to make the phrase structure even less predictable.

'Magenta' begins in the high register of the piano, enjoying its bright and mystical sonority.

Later, accompanied chords in the middle to low register make their way into the musical argument.

This piece is impressionistic, and very rhythmically free.

This aphorism in F minor is a nostalgic and slow piece which drifts through F minor without any clear sense of direction or phrase structure.

It eventually climaxes in flurries of arpeggio and descending chordal figures which contrast its somber introduction.

This mysterious piano prelude in F minor begins with a dark and ambiguous harmonic texture.

The main figure in 6/8 time begins very rhythmically straightforward and repetitively before expanding into rapid ascending scalar passages which further colour in the dark timbre of the piece.

The piece ends with a subtle and rhythmically ambiguous outro.

This short aphorism floats freely throughout B-flat minor, uttering a few signature motifs here and there.

'Lilac' begins with a familiar sounding theme which is accompanied by varying figures, including bass & chord alternations, and a descending chromatic line.

It progresses into memorable sequential passages; those types of which I am very fond.

The piece ends with a tierce de picardie, characteristic of its generally neo-baroque timbre.