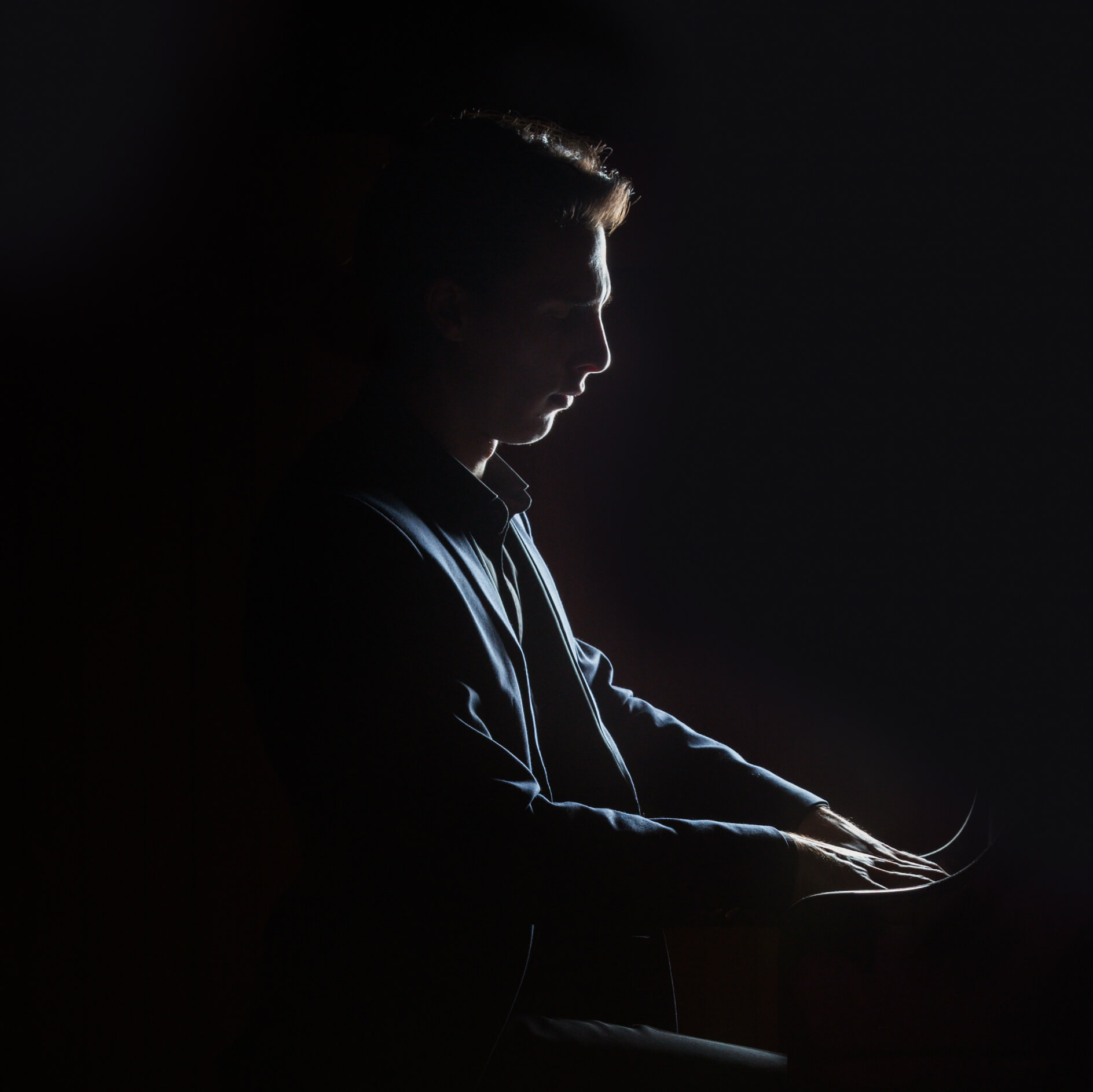 His original compositions shine with technical prowess. Furthermore, a connection to Bartolomeo Cristofori and his pianoforte can be felt with clarity." - Lisa Whealy | Independant Clauses

About the Piano Improvisation · Program Notes

At the end of our recording session at The Baxter Theater, we found out that there were two students waiting to use the hall after us.

Having found this out we quickly set up for a final take and I improvised this work.

To quote Leonard Bernstein: "To achieve great things, two things are needed; a plan and not quite enough time."

About the Piano Prelude · Program Notes

The "Rebel Army Theme" is a piece by Japanese composer Nobuo Uematsu, most well known for his score from the Final Fantasy game series.

The Original "Rebel Army Theme" is from Final Fantasy II.

This prelude is a somewhat prepared piano improvisation. I created and memorized the work at the piano without a score.

Can you guess which theme I quote around 2:00?

About the Piano Composition · Program Notes

"Aeolian Dance" is a piano prelude which I started writing when i was in Hendrik Hofmeyr's composition class.

We were asked to write seven modal aphorisms, one in each of the seven church modes. We were not permitted any chromatic notes in this assignment.

The original version was very plain as a result, but I reworked it after completing the assignment.

This solo piano composition is centered around the aeolian mode, the mode on the 6th degree of the major scale.