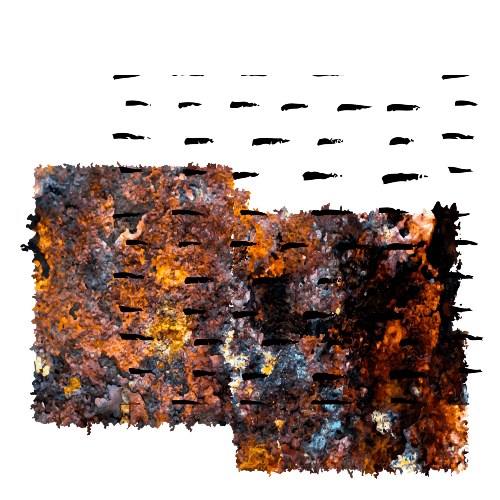 This is the third album of original piano music in a series of ten albums of piano improvisations which I recorded periodically and spontaneously throughout 2019, at Cape Town Sound Studios.

The naming scheme of this particular album utilizes some of the most highly searched gemstones on the internet.

This third volume of improvisations contains my first improvised suite, in A flat minor, in 7 movements.

Improvised Suite No. I in A Flat Minor・Solo Piano Improvisations

'Amber' is an improvised solo piano intermezzo which is a multi-expressive journey in a dramatic & melancholic character.

It explores beautiful themes on minor pentatonic scales, as well as all variants of the minor scale.

Its middle section draws on major-minor textures in order to create a sense of unrest.

The piece is quite theatrical in nature, and very much contains its own musical narrative.

'Pearl' is a pensive nocturne which contrasts very somber, expressive harmonies with lighter ones in sections.

It has several modal inflections, most notably its modulatory bridge to the subdominant briefly after the introductory passage.

Echoes of 'Amber' are heard throughout the piece, as it quotes devices and themes from the first movement.

'Ruby' is a free, expressive aphorism in A flat minor, which moves into the parallel major.

The piece is free in structure, and is linked thematically to the prior two movements.

The piece begins with an arpeggio figure which is expanded upon in the following movement.

It then moves into my more signature style of aphorism, being very contrapuntally accompanied, and speech-like in rhythm.

'Sapphire' is an expressive and mysterious piano fantasy in A flat minor.

It relies on an ostinato arpeggio figure which occurs throughout the work.

The figure is interrupted occasionally by chordal figures, as well as melodic phrases.

The piece is generally very harmonically focused, exploring both expressive and dark textures.

'Emerald' is an aphorism which begins as a reminiscent folk-like dance.

It then progresses into a new section which develops the opening, before returning to the arpeggio-like figures which can be found in the previous movement 'Sapphire'.

'Amethyst' begins in A flat dorian, the parallel dorian mode to the root key of the suite.

It contrasts diatonic harmonies with varying levels of dissonance, and at times rather unexpected textures.

This is what gives it its contemplative and troubled atmosphere.

This along with similar modal excursions to the second movement.

'Topaz' is the second of two elegies which end off the suite.

It has a dynamic ark from something very soft and meek to an emotionally climactic middle section, which is painful and sad in timbre.

It progresses into an expansion of the arpeggio figures which were prominent in the fourth movement.

It dissipates gradually into nothingness after its incrementally increased agitation.

The ending is intentionally unsatisfying and brief.

'Opal' is a mysterious Improvised piano nocturne which begins with a misty theme accompanied by watery harmonies in broken chord figures.

It then bridges into a second section which uses minor seconds in micro-rhythm accompanied by slow arpeggio patterns.

About the Piano Prelude・Program Notes

'Diamond' is a relaxing, minimal piano work which retains a consistent rhythmic pattern for most of its duration.

'Quartz' is an expressive & contemplative piano aphorism. It uses a recognizable rhythmic motif throughout, and makes use of the full length of the piano, using mostly tonal harmony, with the occasional chromaticism and modal excursion.