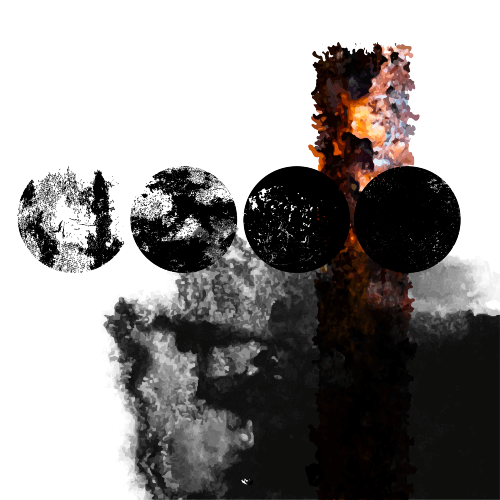 This is the tenth album of original piano music in a series of ten albums of piano improvisations which I recorded periodically and spontaneously throughout 2019, at Cape Town Sound Studios.

The naming scheme of this particular album utilizes some of the most highly searched seasonal terms on the internet.

'Summer' is an improvised piano aphorism in a slightly different timbrel palette to my usual aphorisms.

It contains colourful and rich chords with lots of dissonance. In its first section, large chords interrupt melodic phrases.

These chords are tonal and modal clusters. In the middle and final sections of the work, clusters are freely dispersed up and down the piano, creating impressionistic patterns of sound. In other sections, clusters thicken and accompany melodic passages, acting as embellishments.

'Spring' is a gentle and joyous piece which aims to depict impressionistically some of the many characteristics of a summer's day.

It achieves this through bright harmonic colours, sonic patterns and free rhythms. Similar to 'Summer', its main features are the use of cluster chords, as well as certain types of modal inflections.

'Autumn' is a piece which depicts a natural environment such as an autumn morning.

The piece was not intentionally named to reflect this. It achieves this kind of impressionism through free rhythm & phrasing, clusters, and certain types of harmonic colour and inflection choices.

The moods between its sections vary. The first section is a continuous homo-contrapuntal line in both hands. The section to follow employs broken chord figures, which are purely focused on harmonic colour.

The third and final section is a refrain, which begins as a faster variation of the first. The rhythm quickly breaks down and becomes micro-rhythmic before the piece is briefly concluded with an echo of the second section.

'Winter' is the fourth blossom in my tenth volume of improvisations.

It is a piece which aims to depict a natural environment, and the delicacy and intricacies of nature. It achieves this through sonic impressionism.

As opposed to the standard idea of melody and accompaniment, these pieces rely on sonic effects, such as chordal alternations in free time, large arpeggios and broken chord figures, and the like.

These figures are alternated with more standard melodic patterns, which are sometimes in solo, and other times accompanied.

'Noon' begins with a joyous and serene theme, which begins its development in its third iteration.

It evolves into a more sonic expression of sound, with free-rhythm chords, and embellishments.

Its second section reveals the second theme, which develops into a chordal theme with arpeggio accompaniment.

None of these sections last long, each phrase evaporating into the next in largely free meter.

This pattern of consecutive sections continues until the end, where the piece unexpectedly cadences into a foreign key.

'Dawn' is a free-time fantasy improvisation which comprises, for the most part, of sonic effects such as fast broken chords and arpeggios, with melodic lines at the top and bottom of the aforementioned.

'Night' begins very similarly to 'Dawn' in its figurations and devices.

What immediately sets it apart is its use of a very sparse dyad in the outer registers of the piano.

It is slightly more varied in its palette than Dawn, and incorporates moments of melodies in solo, harmony, and in counterpoint, as well as glissandi, and silent depressions.

Additionally, It is more modal in harmony. The piece ends with an expanded version of the opening dyad, this time in octaves, with an inner part included.

'Equinox' is one of the more expressive and romantic improvisations in the set, hence its dedication as a 'Romance'.

It is the first movement of my fifth improvised suite. The piece begins with an expressive melody, which is developed constantly, in a similar way to my aphorisms.

The piece reaches a heartbreaking and expressive climax in its middle section.

At the end of the work, the motif from the second movement, 'Dusk', emerges from the ashes of what has transpired.

'Dusk' is a musing nocturne which mostly uses variants of its opening rhythmic motif, with different harmonic colour choices in the middle to higher register of the piano (and occasionally the lower register).

This in combination with large amounts of pedal create a dreamy sonic landscape. Noon is the second movement of my fifth improvised suite for solo piano, following 'Equinox', and preceding 'Solstice'.

'Solstice' is a long and powerful meditation for solo piano, which alternates large, sparse chords in the outer registers of the piano with dissonant and expressive melodies and sequences.

It is the third and final movement of my fifth improvised suite for solo piano, and the last piece in my set of 100 improvisations.